Skip to content
October 23, 2017 alizabethworley
Okay, this is a more earnest post than I usually make, but it’s been pressing on my mind in the wake of #metoo stories (though the following isn’t the most articulate presentation of thoughts).
I went to the first Smart Talks presentation on Friday night in Provo, UT, with Elizabeth Smart, Deondra Brown, reporter Kim Johnson, child psychologist Dr. Keeshin, and RAD program leader Alyson Larsen. It was really eye opening and interesting.
One thing that stood out to me is that while one in four girls are likely to be sexually abused, one is six boys are also likely to be abused. I didn’t know that the statistic was so high for boys. So I just want to say that I think there is increasing liberation in women speaking up, but there is still not very much room for men to share their #metoo stories, which is very troubling to me. This doesn’t mean that for every person abused there was an abuser; rather, an abuser may very well have abused multiple people. As well, I think it is worth noting that the percentage becomes more disparate after adulthood is reached, and that men are less likely to be either harrassed or abused than woman are, but in terms of protecting children from abuse there isn’t a chasm of difference in risk, and there are many men who have been abused as children.
Another thing that stood out to me was just how much support meant for both Elizabeth Smart and Deondra Brown. Elizabeth Smart was able to pour all of her emaciated energy into surviving because even though she thought no one else would love her if she ever escaped, she *knew* her family would love her. Heaven forbid anything like that happen to any child, but if any situation happens to a child in which they feel ashamed and unlovable, having that knowledge could be the difference between life and death. After she was rescued, she said that it was so helpful to feel the support of others, too–people who didn’t hate her, people who said she wasn’t any less for what she had been through. YOUR support matters.
Likewise for Deondra, who was molested by her father, having support meant the world. In her case, that meant first the support of her sisters, who had also been abused. Then, it meant the support of her siblings as well as her husband, as she began to process what had happened to her. When the news went viral, all of her siblings were paranoid that they couldn’t perform again, that people wouldn’t want to be around them or hear them play. When they did their first performance after the news broke, they had a standing ovation as they walked onto the stage, and that support meant everything to them. YOUR support matters.
Even those who have a me too story they didn’t share need the support of everyone. They need the support of the people they do tell, and the need the overall cultural support of knowing that they won’t be blamed or shunned for what happened to them. 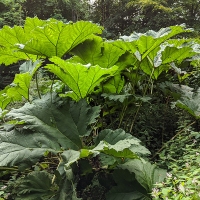 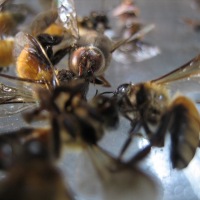