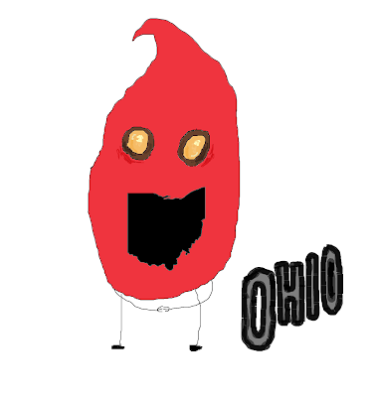 Behold the Ohio-est face I could come up with.

I remember staying at a home in Ohio where the towels were only red and black and the wallpaper was a watermark of the Ohio State logo. I also remember sitting in the backseat with my sister while getting a tour of the “horseshoe” (I think that’s a stadium?) at Ohio state and chanting “M-I-C-H-I-G-A-N,” also with my sister, and being told that we would be kicked out of the car if we continued.

Oh, also, at a July 4th parade, there was an ambulance pulling a stretcher with a Michigan fan dummy on it in between all the pretty floats. 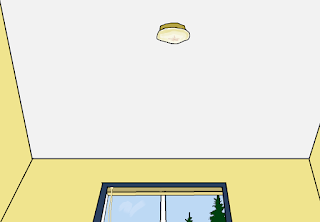 Sometimes, I lie in my bed and look up, so I can see how clean five of the sides of my room are.

I recommend doing this as often as possible.

One night when I was pregnant with our baby, Michael came home rejuvenated from playing racquetball, excited to see me, and eager to bring the In-and-Out he got with his racquetball partner for the two of us to eat.

He knew that when he left to play racquetball, I had just started taking a nap.

He knew that when I take naps, I tend to be out for hours, that when I am wiped out, it takes me a long time to bounce back.

He knew that I wouldn’t really have the energy or the desire to make Spaghetti squash, the meal we had agreed on for the night.

He would tell me, an hour or so later, that he envisioned walking inside the apartment and finding me asleep in bed. I would wake up when he came in the room, realize I hadn’t started the spaghetti squash, and start apologizing—then, he would tell me that it was all okay and that he had dinner taken care of.

Michael did not know that although I was very wiped out, about an hour before I thought he would be home from racquetball I got out of bed, started the squash in the oven, and stayed up to clean and get some school work done.

He didn’t know that I had anticipated he would be home at least an hour before he arrived, and awake to know the difference.

He didn’t know that I had avoided eating anything except for a hard-boiled egg before he got home so that we could eat a full meal together. He had no idea that I had made a special pepperoni pasta sauce he favors. And he didn’t know that the only reason I had enough motivation to get out of bed and do all of that was because I knew it would be hard for him to wait another hour or more for dinner after playing racquetball.

Michael was ecstatic when he came home to me crying at the table with dinner ready. He was excited and happy because he was envisioning a moment where he could surprise me in just the perfect way. He was even so prepared for his vision that, having no keys, he rang the door bell right after knocking, something I don’t remember him ever doing and something he would only do if he suspected me asleep. And when he saw me there, crying, he was devastated—and although I was upset at him, he was far more upset at himself.

In the moment it felt raw, and it hurt. But now, I think of it and feel a sort of exhilaration that Michael and I could put so much into something for the other, and have it flop hard. I feel proud that we messed up so badly despite being well-meaning, and that messing up is part of our story. I feel that our friendship is alive, with all the hurts that can entail.

But the real point isn’t that couples need to communicate expectations so that hurts don’t happen. Rather, it’s that in marriage, those kinds of hurts will happen. A spouse will inevitably feel one inch tall sometimes, or feel hurt or neglected, or feel disappointed, or feel confused. Even when both partners are doing their very best and acting with their heart wholly given to their spouse and their marriage, hurts will happen. Even when the last thing either spouse wanted was to ruin the other’s night or make them feel small and faulty, that can happen. And, as far as setting expectations is concerned—expecting that makes all the difference.

Sorry Texas. You’re a hard state to work with.

But really, everyone I know from Texas is pretty wonderful. Granted, that’s like three people. But I’ve also heard about a waste-free grocery store in Texas, which is amazing, and I love the journal Iron Horse.

If I slow down to fifty, cars zoom past.

If I speed up I will get a double fine or maul some poor construction worker.

If I stay slow cars will keep honking at me and drivers will keep flipping me off and someone might rear end me. 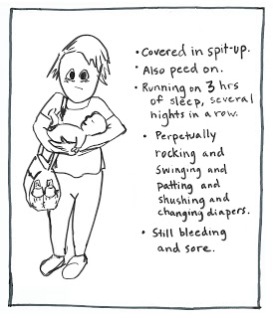 Utah is possibly most infamous for its alternating hot flashes and cold sweats. Possibly it is experiencing menopause. In any case, the poor state is continually enduring the verbal abuse of its citizens because of this unfortunate condition. Any kind words and well wishes would be greatly appreciated.

I hope you are enjoying celebrating the dissolution of Idaho territory and creation of Idaho State in 1890 as much as I am!